Today I want to help your teammates out. Your family out. Your church group out. Your friend and peer group out… and give you a leadership test framework to evaluate yourself on whether you are a good leader… or not.

This isn’t a leadership test for the light-hearted.

I’m not going to ask you 27 questions to assess your personality so I can tell you your unique leadership style, emotional intelligence, or what “color” personality you are.

What you will get are 5 signs to know if you are not an actual leader… or possibly a good one.

This leadership assessment is 100% free, and if you fail, I promise to tell you how you can improve!  So let’s dive in.

*Note: For a limited time, I’m hosting a private web conference for business leaders.  If you manage a team, I highly recommend you attend.  Click here to request a free invite. 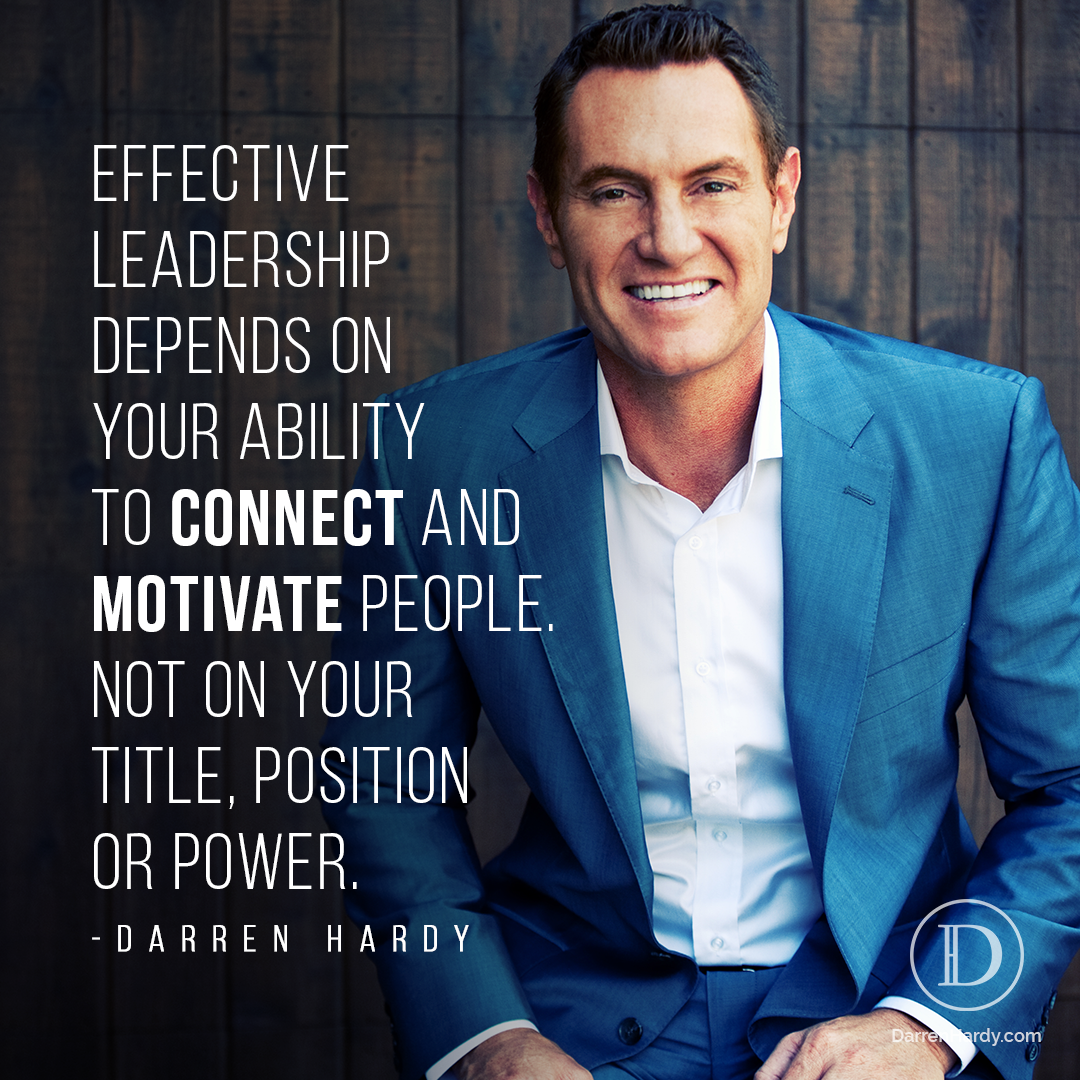 1. You have all the answers

Leadership isn’t about showing how much you know.

In fact, I’d argue that’s the fastest way to create a culture where people put each other down in order to make themselves seem taller.

Many leaders think asking questions shows weakness, but the opposite is true.

It is only when the leader openly admits to not knowing something, to having made a mistake, that permission is given for everyone else to be candid and to take responsibility for their actions.

Good leaders don’t talk from their rear end to appear like they have the answers… and then spend most of their time trying cover their tracks.

In other words, if you don’t know, ask.  If your team fails to hit a goal, it’s your fault as the leader.  Own it!

Leadership is about taking accountability… not showing your dominance over others.

If you have to tell people, remind people that you are the leader, or the decider or their Führer, then you definitely are not.

Nobody follows a leader who has to remind others of their high-order role.

It’s the same as parenting. No child respects their parents when they have to reinforce rules with the phrase, “Because I’m the parent, that’s why.” That’s when the child starts secretly plotting their rebellious revenge.

The moment you say, “Do what I tell you because I am your director… or the owner… or the CEO.” You may win the battle in the moment, but you’ve lost the war, and respect as a leader.

You have just incited a spiritual and emotional mutiny. Fight or flight is all they have on their mind now. In other words, revenge or abandonment. 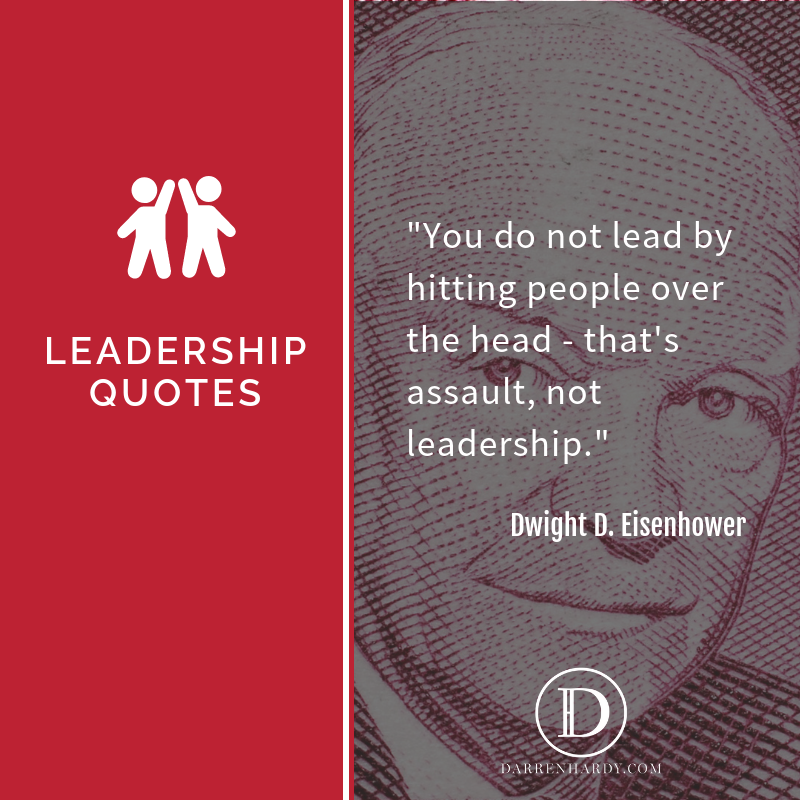 As Dwight D. Eisenhower said, “You do not lead by hitting people over the head — that’s assault, not leadership.”

3. You talk too much

When you’re trying to prove what a leader you are, you talk. A lot.

And the only thing you are saying is… I’m not a good leader.

Study any true leader and what you’ll find is someone who is far more willing to listen than they are spouting off all the things they (supposedly) know. Real leaders know the value in seeking to understand before demanding to be understood.

As Richard Branson puts it,

Branson leads with his notepad.

He is incessantly asking questions. Writes down the answers he gets right in front of them. Then figures out how to get them done. Assigns the actions items. And let’s that person know when it been accomplished. That’s leadership.

4. When you speak, it’s from your opinion, not data, actual results or experience

Anyone can read a few articles and sound like an expert.

Anyone can listen to a few podcasts and then call themselves a master of their domain.

Those aren’t leaders or experts.  Those are called charlatans.

Unfortunately, the web and social media platforms are clogged with insta-gurus and self-proclaimed experts and “coaches”. One day minimum wage earner… or college graduate, next day life-coach or leader.

A real, genuine, grade-A expert and leader speaks only from experience. THEIR experience. Having been there and done that THEMSELVES… that which they are instructing someone else to do.

If you haven’t DONE it…. yourself… at an extraordinary level… well then, why should we follow your lead?

If I am going to follow you into battle, I want to know you have had bullets fly by your head before.

That you’ve been where you are taking me. That you already know the danger spots and you know the safest, fastest and most probable route to success. Otherwise, no thanks.

As Jesus said, “If the blind lead the blind, both shall fall in the ditch.”

You are the center point for all things.

Which really means you are the bottleneck or the dam blocking flow, momentum, and progress.

The moment you’re caught in a reactionary cycle where everyone is looking to you for direction, you’ve failed. Your machine isn’t working on its own, and it’s too dependent upon your direct involvement. YOU… have become the constraint.

Instead, it’s on you to create systems and processes that allow for others to become self-sustainable. The more your organization can do without you, the better leader you are.

True leadership is about empowering your team to make decisions and giving them the freedom to take action, rather than micromanaging them. 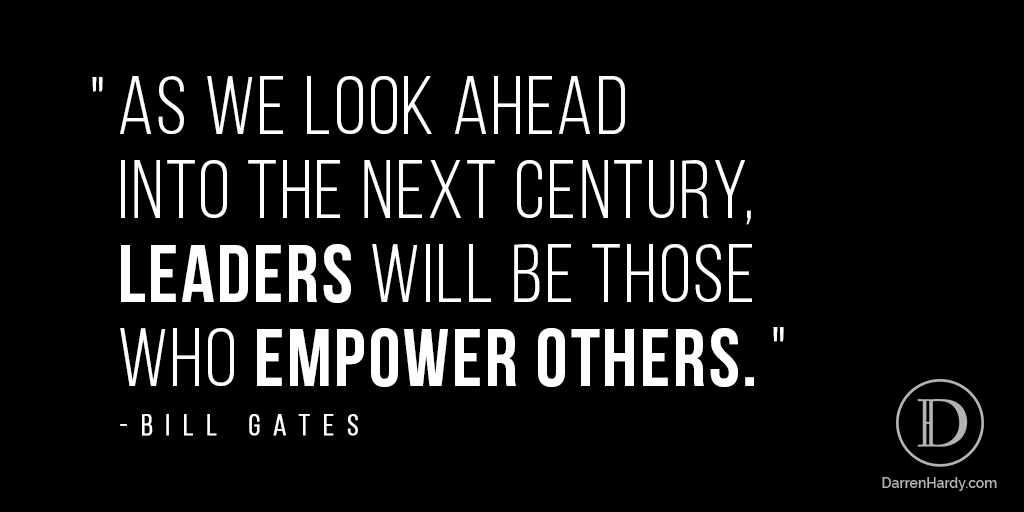 True Leadership is Earned, Not Dictated

Look, I know… so, so, so many people want to be seen as leaders in their industry.

But you don’t get it by taking an online test that assesses your leadership style, personality, or color.

You don’t earn it by banging on a pulpit, pontificating or regurgitating advice you read on Instagram. You can’t just retweet or email motivational quotes and deem yourself a leader. You can’t just hire a PR agent to design a nifty website with your smiling face and badges of credibility and puffery. No amount of gloss will make up for your lack of actual experience and expertise.

As Vince Lombardi said, “Leaders aren’t born (or packaged by PR) they are made. And they are made just like anything else, through hard work. And that’s the price we all have to pay to achieve any end goal.”

And unfortunately, leadership cannot really be taught. It can only be earned. Earned through the demonstration and example of your own execution and extraordinary results. 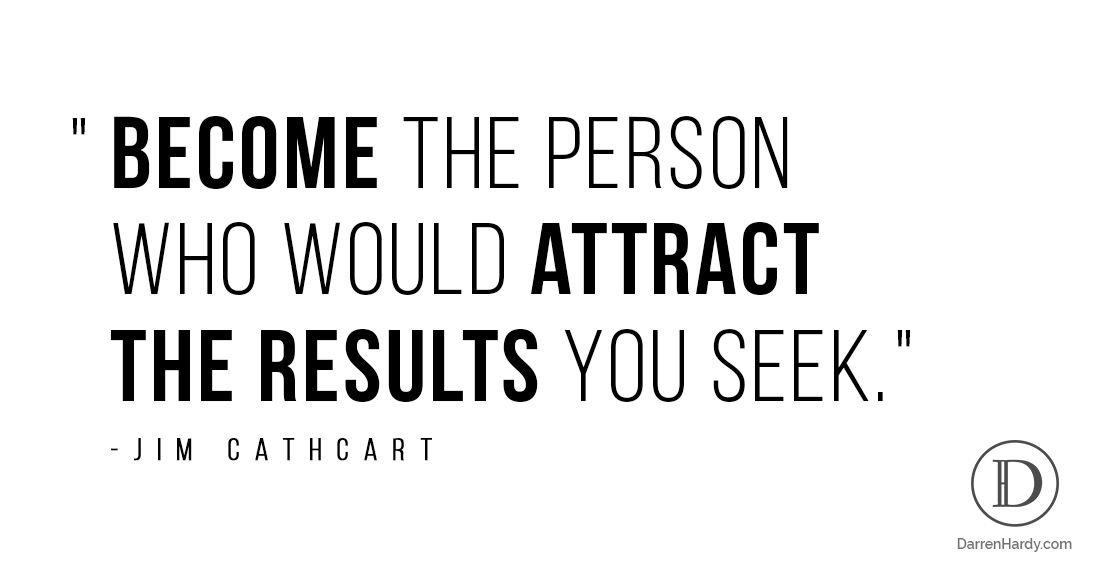 And earning anything takes time. And few do what it takes, consistently and long enough to earn it. Which is why there are so few great leaders.

And now you know what it takes. Begin earning it today.

The world does need more actual, legit leaders. We’re counting on you. Don’t leave us hanging.

And if you haven’t signed up for FREE daily mentoring with me, join me and 350,000+ other high achievers who kickstart their day with Darren Daily.  Click here to sign up here for free.